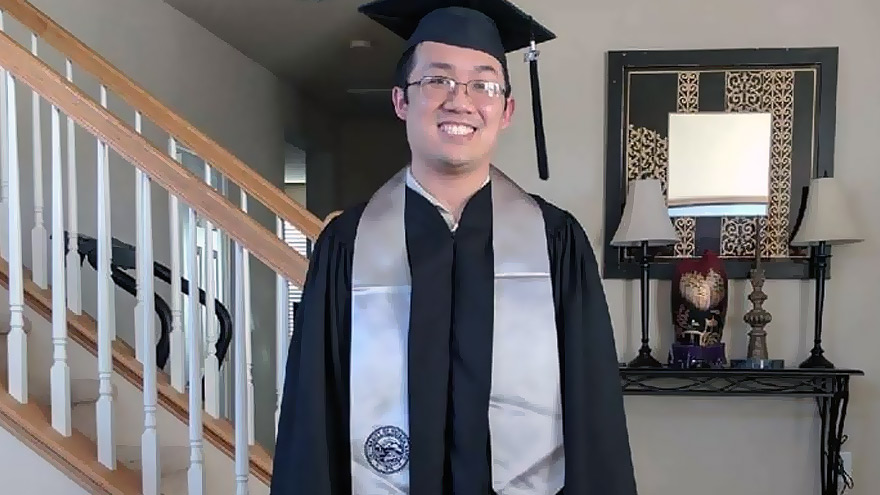 University of Nevada, Reno student Khoa Le was paralyzed in 2010 after a longboarding accident. Through physical therapy, a positive attitude and sheer will, Le is walking again. This weekend, Le will walk across the commencement stage to accept his college diploma.

“Walking around on my own power is just the greatest feeling,” says Khoa Le, a senior at the University of Nevada, Reno.


Just after finishing summer school at the university in July 2010, his whole life changed within seconds after stepping on a longboard skateboard for the first time. He lost control of the board and hit the curb, causing paralysis on the left side of his body.

“I started seeing Khoa in April 2011, and we worked for four years together,” says Barry, a lead physical therapist at Renown. “Everything I’ve ever asked him to do, he does. Le is a hard worker, is continuously optimistic and smiling, and I think that is why he’s accomplished what he has.”

Le plans to pursue a career as an information systems manager.