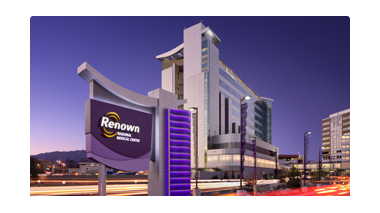 The Greatest Gift of All? A Fully Vaccinated Family!

New mental health benefits and two leaders Top Women in Wellness and HR by Ragan Communications Concern about clinician well-being has been top of mind for years, but the pandemic has exacerbated stress and trauma and presented a unique...
Read More About Renown Health Leads Nation With Focus on Clinician and Employee Wellness

Renown recognized nationally for having "Best Website" and COVID-19 microsite for health care information. The internet is now the No. 1 source consumers turn to for information about physicians and hospitals, according to a Professional...
Read More About Improving Online Access and Information About Physicians and Hospital Services for Nevadans

Clinical affiliation to create more access to care for Nevadans. View the original press release by the University of Nevada, Reno School of Medicine. Nevada continues to face a physician shortage ranking No. 45 in the United States for...
Read More About New Renown Health Scholarship Supports UNR Med Students - The Next Generation of Physicians and Health Care Professionals 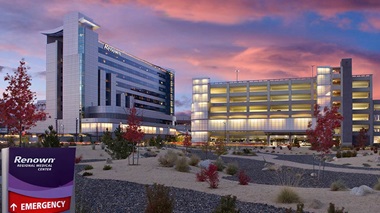 Protecting employees and their families; providing the safest, highest-level of care to patients and supporting public health Renown Health, one of the region’s largest private employers with a work force of almost 7,000, and a...
Read More About Renown Health Expands Covid-19 Vaccination Requirement

Renown recognized for using advanced technology to improve health and care in the community The College of Healthcare Information Management Executives (CHIME) announced that Renown Health has earned the 2021 CHIME Digital Health Most...
Read More About Renown Health Tops 2021 Most Wired List for Digital Innovation, Technology and a Better Patient Experience

Together, will test over 30,000 qualifying study participants by 2023 for risk of cirrhosis and liver-related illnesses. Renown Institute for Health Innovation (IHI) announced today that the organization and Gilead Sciences, Inc. will be...
Read More About Renown Institute for Health Innovation Expands Partnership With Gilead Sciences and Siemens Healthineers to Offer ELF - Enhanced Liver Fibrosis Testing for Nevada NASH Study Participants

The Healthy NV Project® launches a new study to identify how private well water could impact the health of those living in the household. You use your faucet to wash your hands, make coffee and fill your water bottle. However, for...
Read More About Could Private Well Water Unlock Health Insights?


Please respect our obligation to protect our patients' well-being and legal right to privacy.