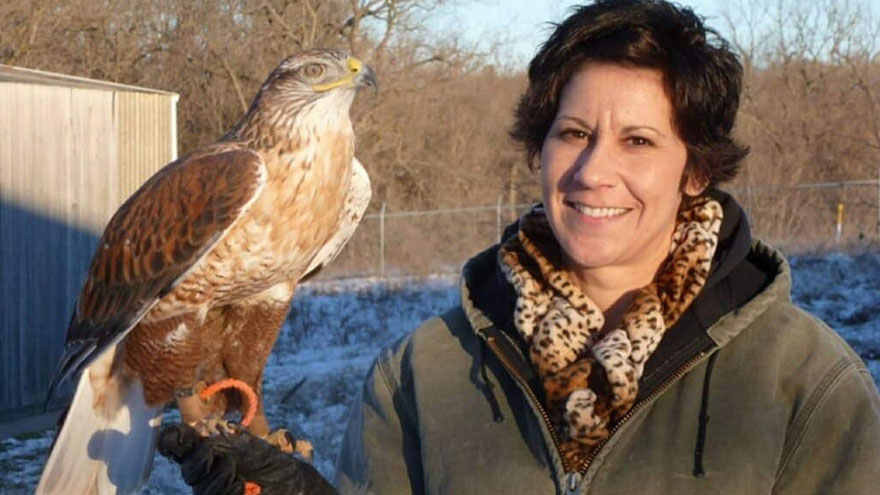 If you ask most people who suffer from depression what it's like, it can be difficult to fathom. We spoke with the courageous and fearless Kathryn, who has endured major depressive disorder (MDD) most of her life. She recollects what it was like, and how grateful she is for a new rTMS therapy treatment she recently completed.

Kathryn is a local resident who shares her story to provide hope and support to others surviving depression. From her accounts of the grueling years she faced this disorder to how hard she fought to find treatment, Kathryn is a true hero.

According to the National Institute of Mental Health, major depression is one of the most common mental disorders in the U.S. The disease causes people to experience sadness and helplessness, and in some cases, may prevent people from carrying out their daily routines. No two people are affected the same way, meaning there's no "one-size-fits-all" for treatment. Finding help is typically a long and exhaustive journey for most surviving depression.

The Long and Confusing Road to Finding Help

Kathryn is no different from most major depressive disorder (MDD) survivors, fighting for a better future. Her mental health treatment journey started as early as 12 years old; however, she wasn't diagnosed with depression until much later in life. In her late 20s, a friend told Kathryn she was depressed, but like so many individuals battling the illness, Kathryn didn't know what depression was. The waiting lists to get into mental health treatment was devastating. She found mental health resources scarce, an issue far too familiar throughout the U.S. After being prescribed more than twenty different depression disorder medications, she wasn't sure who she was or if she'd survive.

Kathryn's darkest moments lead to experiences that are unspeakable to relive. But in her persistence to not give up, she began researching a more promising treatment.

“I was looking for an evidence-based therapy,” says Kathryn. “In my research, I found Transcranial Magnetic Stimulation Therapy to be most promising.”

After a yearlong waiting list for repetitive transcranial magnetic stimulation (rTMS) therapy in another state, Kathryn moved to Reno, Nevada, still searching for a location that offered this therapy. Thankfully, Kathryn's arduous journey led her to the Stacie Mathewson Behavioral Health & Addiction Institute at Renown. That is where she received news from her doctor, Gunjan Lehil, MD, that rTMS is offered for people looking for a new way to fight depression.

rTMS is a non-invasive procedure that uses magnetic fields to stimulate nerve cells in the brain to improve symptoms of depression – typically used when other depression treatments haven't been effective. This treatment involves delivering repetitive magnetic pulses, referred to as repetitive TMS or rTMS. During an rTMS session, an electromagnetic coil is placed against the person's scalp near their forehead.

The electromagnet painlessly delivers a magnetic pulse that stimulates nerve cells in the region of the person's brain involved in mood control and depression. It's thought to activate areas of the brain that have decreased activity in depression.

Though the biology of why rTMS works isn't completely understood, the stimulation appears to impact how the brain works, which seems to ease depression symptoms and improve mood.

On average, patients undergo rTMS treatments for four to six weeks, five days a week for about 40 minutes a day. A patient's doctor will determine a treatment plan that's best for the patient in all cases.

After completing six weeks of rTMS therapy, Kathryn feels as though she is coming back to life. She has noticed her posture is different, and she is more animated. She is also more interactive at work, and her coworkers are more perceptive and positive towards her. Life at home is also improving, as Kathryn's family is noticing a difference. She notes that while she still faces feeling depressed, it's so much different from it used to be. The difference is, she can better decipher a bad day and work through the challenging moments. She has hope - which she never felt before. rTMS Therapy has given Kathryn a chance at life, and she's excited to start living!

The Future is Fearless

Kathryn says the way to success is never to give up and to keep pushing herself forward every day. Currently a veterinarian technician in training, Kathryn is working on getting her license. She loves working with all animals, but her true passion is falconry and helping injured birds of prey. She loves falcons because they are utterly fearless, just like her. "It's time for me to be brave and show up. I couldn't do that before," says Kathryn. "I'm grateful to have rTMS treatment, and I share my story in hopes of helping others."