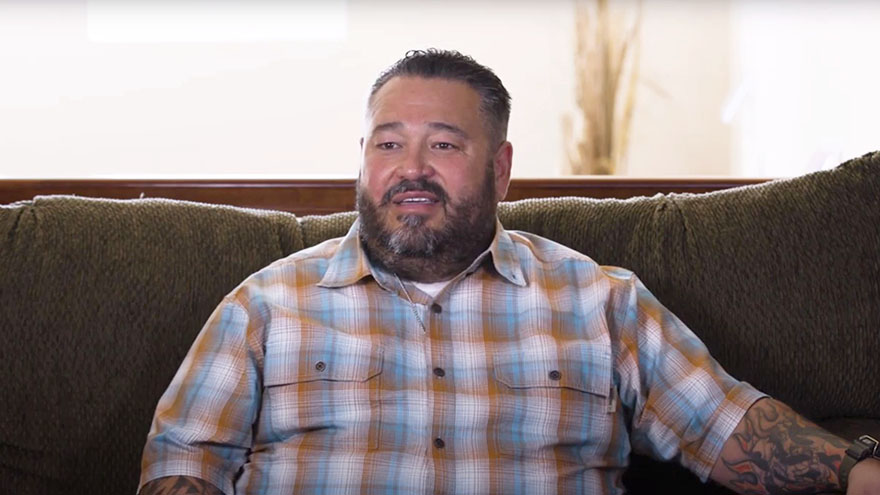 Something wasn’t right. Even though it was the holiday season, on December 23, 2018, Mondo Corona didn’t feel good…not to mention his sudden earache. Although Christmas was a happy celebration with his family. He still felt tired. Was it the flu? And that darn earache wouldn’t go away. On that cool winter day, Mondo could not imagine he was near death. Or that he would become a heart attack survivor.

A few days later, on December 27, he wasn’t feeling any better. He decided to go to the emergency room at Renown Regional Medical Center. That’s when a simple blood test revealed shocking results.

“I thought about death a lot. I was calling people to ask them to help take care of my family if I wasn’t going to be here anymore,” he emotionally confesses.

Although Mondo loves his job as a railroad engineer, it involves on-call shifts and an erratic sleep schedule. At that time his exercise and eating habits weren’t the best either. Yet he never imagined he would have a massive, often lethal, type of heart attack called ‘the widowmaker.’

In fact, his family had been concerned about his health for awhile. “He worked so much and he didn’t take care of himself and he didn’t exercise – he was burning the candle at both ends,” shares his wife, Alison. His daughter Justice, an avid exerciser, was always encouraging him to join her at the gym, but could never quite convince him.

Mondo remembers the time before he became a heart attack survivor. “I didn’t have any exercise whatsoever in my life. At that point my eating habits were just terrible,” he shares.

He went to the emergency room due to his earache, but nothing was found until one of the doctors ordered some tests. Specifically blood work showed high troponin levels. Troponin is a blood protein often released in large amounts when the heart muscle has damage, sometimes by a heart attack.

“My surgeon came in and told us that it was going to be a triple bypass – that three of the four…major arteries were clogged 100 percent,” Mondo explains. Amazingly his heart was pumping on only 10 percent blood flow.

Heart surgeon, Joseph Brandl, MD, told him he survived a widowmaker heart attack. This type of heart attack happens when there is a 100 percent blockage in the critical left anterior descending artery (LAD) of the heart. Frequently the symptoms can often be mistaken for the flu.

According to the Centers for Disease Control and Prevention (CDC), every 40 seconds a person in the U.S. has a heart attack. And 1 in 5 heart attacks are “silent” – meaning you can be a heart attack survivor, but not know it.

For Mondo’s children, seeing their strong father struggle after heart surgery was difficult. Justice tearfully shares, “It was really hard seeing him so vulnerable. He really needed anybody’s and everybody’s help at that point.”

After leaving the hospital on January 5, 2019, he was extremely weak. On February 12, Mondo began Renown Health’s Intensive Cardiac Rehabilitation (ICR) Program called the Healthy Heart Program. This program, requiring a doctor referral, includes 12 weeks of supervised exercise along with nutrition education and stress management skills. In spite of heart disease being the leading cause of death in the U.S. – more than all cancers combined, the risk can be lessened with daily lifestyle habits.

Mondo credits the ICR program with motivating him and getting his focus back on his health. He saw the team members setting an example and also caring about his health. He describes one of his favorite recipes, “In ICR Sara showed us how to make this incredible fruit salad, with jicama, watermelon, grapes, oranges, red onion, and ginger!”

“Mondo’s had an amazing outcome and he’s not limited in his activities at all and should hopefully have a life that’s not limited at all from heart disease as we’re monitoring everything and everything’s looking good,” reports his heart doctor Jayson Morgan, MD.

Mondo describes his care experience being a heart attack survivor as life-changing. “The care teams at both Renown and ICR were incredible. There wasn’t a single person we came across who didn’t immediately become a part of the family. They truly cared for us, all of us, including the extended family that came to visit. They were informative and supportive. I felt like I created lasting bonds with so many of them, especially the gang in ICR. What amazing people.”

Lynice Anderson, Director of Intensive Cardiac Rehab, Healthy Heart Program, shares,” Mondo is one of the most genuine, thoughtful and humble people I have ever met. His love for his family is palpable. His impact on me personally and our team is forever.” She acknowledges family support is key to his success, “Mondo’s family is his rock and they are his. I have never met a family that was so ‘all in’ in the support of their loved one. His new heart healthy lifestyle is modeled through his family every day.”

Of course, Mondo may look familiar to you. That’s because he is featured in Renown Health’s “Fight The Good Fight” brand campaign. For this reason, you may have seen him in advertising working out on a treadmill, shirtless, with his open heart surgery scar in full view. When asked how he feels about showing his scar he confidently says, “I don’t mind showing it to people. I don’t. I earned that scar.” He is a proud heart attack survivor.

Today, he’s grateful to be alive and takes his health commitment seriously. “Things have a different feel now. The skies and lakes are bluer and the trees greener. My family is so much more a part of my day. We go on so many more outdoor adventures, trying to incorporate a little exercise into our fun. We watch what we eat more and are trying to teach our children and loved ones about healthy choices. And I think with a few we’ve even been successful!” he observes. “Don’t take life for granted.”

“Unconditional love. I get nothing but support from my family without them I wouldn’t be where I’m at. What happened to me definitely makes me a fighter for sure. I’m fighting for my life – the good fight – I think life is good,” he adds. 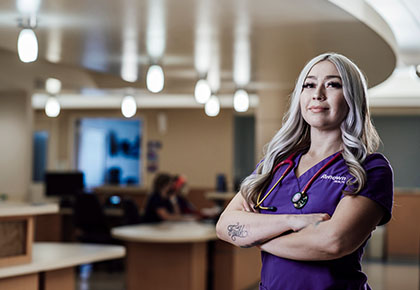