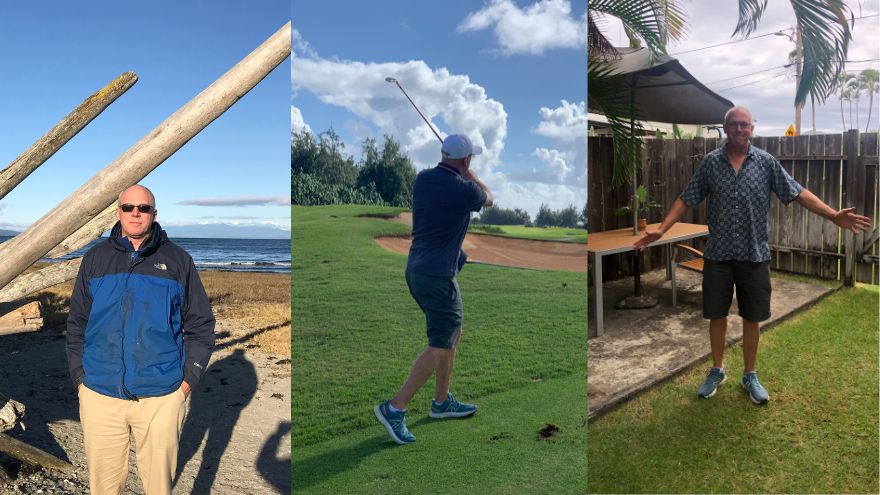 Being diagnosed with a chronic heart condition like atrial fibrillation (A-fib) can shift the course of your entire life. Embracing heart medications and lifestyle changes become your norm, and thanks to advancements in medicine and medical technology, managing the condition can bring you to a new sense of normalcy.

But what if a different option was possible – one that would make medications and activity limits a thing of the past?

This became the reality for Renown Health patient Richard Preyer after receiving a hybrid catheter ablation. Thanks to the vigilant surgical care of Shining Sun, MD, a cardiologist at the Renown Institute for Heart & Vascular Health, and his compassionate team, Richard has a new lease on life.

An A-fib patient since 2010 who had been living with an unfinished ablation, the 59-year-old Carson City resident turned to the internet to look for alternate solutions. He had heard that the Renown Institute for Heart & Vascular Health was a top-tier location for cardiovascular care. “I changed health insurance plans through Nevada Health Link to ensure I could see a Renown cardiologist,” said Richard.

Choosing a cardiologist was an even easier decision for Richard. Dr. Sun’s introductory Find a Doctor video on Renown’s YouTube channel, where he displayed his expertise and determination, was more than enough for Richard to choose him as his cardiac care leader.

At his first visit, Dr. Sun reviewed Richard’s records, and noted his prior unfinished ablation. The nine-hour procedure had been performed several years ago. With the enhanced technologies at Dr. Sun's disposal, Richard was excited at the thought of his life potentially being changed for good – with a minimally-invasive solution.

Dr. Sun collaborated closely with Richard’s previous and current care teams – including a surgeon who performed a maze operation on him right before his surgery at Renown, to ensure his hybrid ablation was tailored uniquely to him. “Dr. Sun is clearly a very powerful cardiologist with many connections, and the coordination between his team and my other doctors was great,” said Richard.

Richard’s hybrid ablation was successful, completing the unfinished portion of his previous ablation.

“Fixing A-fib can take one to three ablations, and sometimes it never holds,” said Richard. “That is one of the largest reasons why I am so thankful for this procedure and how it ended up.”

Now comes the long, arduous healing process, right? Not for Richard. With only eight incisions (four on each side of his chest), he was able to remove his bandages after two days, and he healed completely in one week.

“I was even back to taking three-mile walks within a week of my operation,” said Richard.

No more blood thinners.  No more activity limits. And most importantly for Richard, no more heart-stabilizing medications that came with side effects he didn’t enjoy. He attributes his enhanced life to Dr. Sun and his team.

“I highly recommend Dr. Sun and everyone that works with him,” he said. “Everyone in the group, from the nurses and anesthesiologists going above-and-beyond to the schedulers who helped me navigate the appointment process, made me have a lot of confidence. Their calm demeanors made so much difference.”

Today, Richard now enjoys elongated walks in the northern Nevada outdoors, exotic vacations with his wife and, as he describes, “feeling like I’m in my 40’s again.”